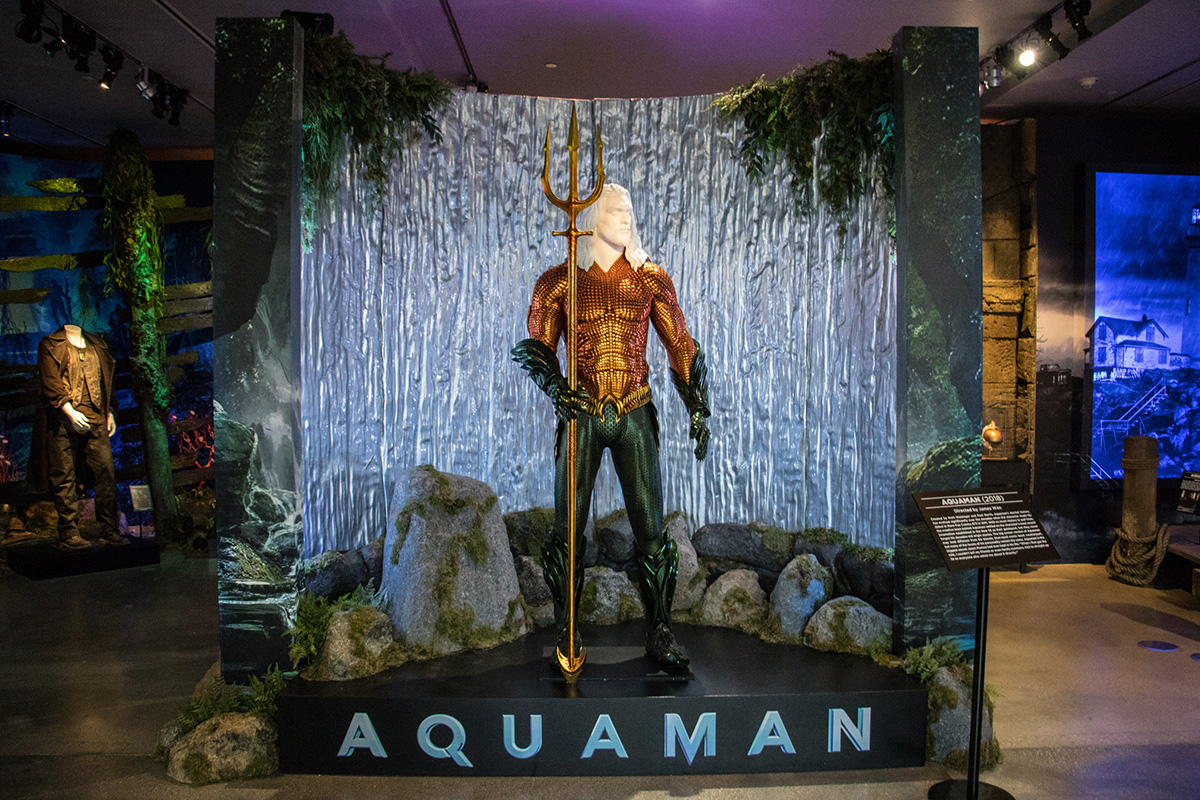 In the action-packed, underwater spectacle film, Aquaman, celebrated for becoming the highest-grossing DC movie ever made, director James Wan chronicles the adventures of an outcast trying to save worlds both above and below sea level.  Aquaman fans can relive the story of cultural diversity, environmental advocacy and – in true superhero form – standing up for the greater good as they immerse themselves in the world of the King of the Seven Seas with this all-new interactive exhibit.

Located on the first floor of the Warner Bros. Archive, guests will journey through the visually stunning underwater world of Atlantis brought to life on-screen in vivid detail. The exhibit features authentic props and costumes worn by Jason Momoa, Amber Heard, Nicole Kidman, Patrick Wilson and recreates sets from the most memorable moments of the film, including the Sunken Galleon, and the Ring of Fire, reliving the thrill of the epic underwater battle between Aquaman and King Orm. Additionally, an interactive photo op was created so fans can sit upon the Dead King’s Throne (seen in the film) to become King or Queen of Atlantis.

The exhibit fabrication was a collaboration of the shops of Warner Bros. Our Design Studio sculpted and scenically painted the throne, created immersive backings with underwater effect lighting by WB Set Lighting, and constructed platforms and cases to highlight each key prop and costumes on display and curated by the Studio’s Archive.

To learn more about the exhibit visit: www.wbstudiotour.com